For complete and straightforward information
on energy and the environment 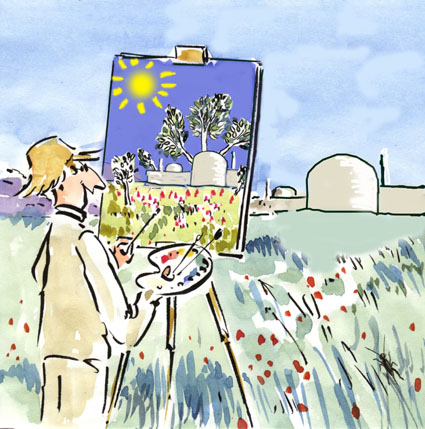 Environmentalists For Nuclear Energy (Canada) Inc. is a Canadian federally incorporated not-for-profit organization whose objects are:

- to provide complete and straightforward information about energy and the environment

- to make known the advantages of nuclear energy, and especially the environmental benefits

- to achieve its purposes through the publication of books, pamphlets and CD-ROM's; the conduct of lectures to the public; the participation in public and written debate; the contribution of scientific, technical, and generally educational communications to the press, to the audio-visual media, and to other publics; the creation, operation and maintenance of multilingual internet sites; and appearances at public and professional fairs and exhibitions.

EFN-INTERNATIONAL currently gathers over 10.000 members and supporters, with 300 local correspondents throughout the world in 60 countries, on five continents.

In 2006 some Canadian citizens and environmentalists decided to create EFN-CANADA to inform the Canadian public. The founding President of EFN-CANADA is Rodney Anderson.The Honorary Chairman of EFN-CANADA is Dr Patrick Moore, the former director of Greenpeace international during many years.

The point of view of EFN-CANADA

EFN-CANADA considers that environmental opposition to nuclear energy is a major mistake. If it is well designed, well built and well managed, nuclear energy is safe and clean, does not emit polluting gases into the atmosphere, uses few construction materials per kWh (compared to solar and wind energy), produces very little waste (which is confined and can be recycled), and produces almost no carbon dioxide, therefore does not contribute to the greenhouse effect.

EFN-CANADA works at informing the public of the environmental benefits of nuclear energy, the cleanest energy resource massively available to humanity.

EFN-CANADA considers that environmental opposition to nuclear energy is the greatest misunderstanding and mistake of the century.

Who are the members of EFN-CANADA ?

EFN-CANADA is independent of any political, religious, financial, and industrial groups. We are a group of people in favour of preserving the environment and of promoting nuclear energy.

Any person who wishes to contribute to a cleaner world can become a Supporter, or a Sympathizing, Active or Donating Member of EFN-CANADA. The international association has local correspondents in many regions and throughout the world, and also has a Scientific Board and an Honorific Board, composed of VIPs and personalities who morally support our views.

If you want to enjoy a cleaner planet... If you want your children and great-grandchildren... to be able to breathe and live happily in a better world... then welcome to EFN-CANADA, the organization that contributes to a cleaner and better world for the future !

EFN-CANADA is just a group of people like you ! Every signature, membership, or donation is precious and helpful. Even small or moral contributions are essential. We will be heard only if we are able to gather a number of people, through signatures and memberships, that share the idea that nuclear energy is a good environmental solution for the future.

1 - BECOME A MEMBER OF EFN-CANADA: instructions are given on the EFN-CANADA registration page.

2 - TALK ABOUT EFN-CANADA AROUND YOU : to your friends, colleagues, and relatives, and invite them to join EFN-CANADA or sign the petition.

4 - CREATE EFN-CANADA LOCAL GROUPS : You can become a local correspondent of EFN-CANADA, create a local group, and spread the word around you: in your area, country, company, or neighbourhood.

6 - DONATE. Like every organization, EFN-CANADA also needs money. Even small contributions are appreciated and will help develop our action.

BECOME A MEMBER OF EFN-CANADA

BE A LOCAL CORRESPONDENT 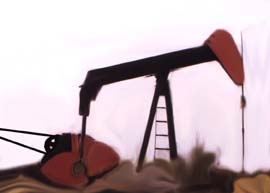