Longevity is the most appropriate measure of health effects of radiation 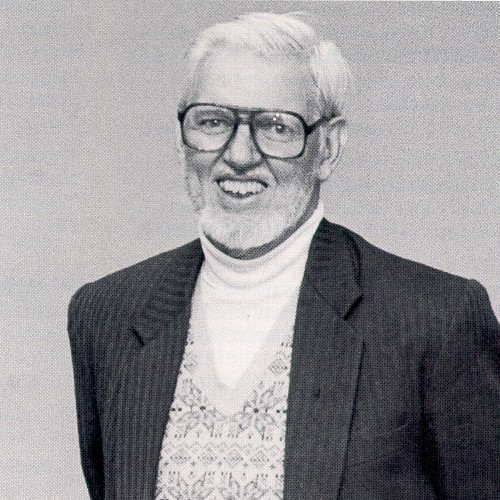 from UW-Madison in 1952 in nuclear

physics and switched to medical

member of the AAPM and its tenth

In 1981 he was the founding chair of the

Department of Medical Physics at

UW-Madison. Since his retirement

in1986 he has sought to educate the

Pr John R. Cameron is a member of the Scientific Committee of the Association of Environmentalists For Nuclear Energy - EFN. He believes that moderate dose rate radiation is probably beneficial and that human research is necessary to determine the optimum dose rate.

It has been known for about a century that large doses of radiation (which are now very uncommon) increase the risk of cancer. This letter presents evidence that moderate dose rate radiation significantly increases longevity without an increase in cancer. I suggest that longevity is a more appropriate measure of health effects of radiation than cancer mortality. A double blind study of humans would be necessary, however, to determine the health effects of low dose radiation (1).

I believe the 100-year study of British radiologists (1897-1997) is the most important study of health effects of moderate dose rate radiation ever published. (2) It compared the death rates of British radiologists from cancer, non-cancer and all causes to those of all male non-radiologist physicians in England and Wales, hereafter referred to as the controls. The study shows that radiologists who joined a radiological society between 1897-1920 had 75% greater cancer mortality than the controls. There is no doubt that the significant cancer increase (P<0.001) was due to their high radiation doses.

The increased radiation appeared to have had an important beneficial effect on deaths from non-cancer that was not noticed at the time. The 1897-1920 radiologists death rate from non-cancer was 14% lower (P<0.05) than the controls. This reduced non-cancer death rate cancelled out the increased death rate from cancer. The radiologists deaths from all causes were slightly less than those of the controls. Thus, the earliest radiologists' overall longevity as a group was not reduced despite their high radiation doses and despite their increased cancer.

The abstract of the article (2) concludes: "There was no evidence of an effect of radiation on diseases other than cancer even in the earliest radiologists, despite the fact that doses of the size received by them have been associated with more than a doubling in the death rate among the survivors of the Japanese atomic bombings." I believe the authors overlooked the fact that the significant decrease (p<0.05) in radiologists deaths from non-cancer can only be explained as a reduction of deaths from diseases other than cancer compared with the controls .

The article concludes with the true statement: "For non-cancer causes of death there was not evidence of an increased risk in any group, even among those registering before 1921." However, it does not mention the 14% decrease (p<0.05) in deaths from non-cancer before 1921 and the 14% decrease (p<0.001) in deaths from non-cancer for the 100 years as pointed out in my letter to the Editor. (3) A similar study of U.S. radiologists suggests that their health was better than other medical specialists after 1940. (4).

The longevity data from the British radiologists study indicate that the dose limit recommended for radiation workers by the International Commission for Radiological Health (ICRP) in 1934 of 0.2 r/day (about 50 rads/year) did not need to be lowered. The very high doses to the earliest radiologists did not reduce their overall longevity as a group. British radiologists who joined a society after 1920 also had a 14% lower (p<0.001) death rate from non-cancer and an 8% lower (p<0.01) death rate from all causes than the controls.

British radiologists who joined a radiological society after 1920 never had a statistically significant excess of cancer mortality compared to the controls. This contradicts the present dogma of a linear increase of cancer with dose. The abrupt decrease in cancer deaths of the radiologists after 1920 suggests that x-ray induction of cancer may have a threshold as suggested by two earlier studies. Radium induced bone cancer of the dial painters had a threshold of 1,000 rads to the skeleton. (5) Lung cancer induction from fluoroscopic exposures had a threshold of about 200 rads to the lungs. (6)

The British radiologists death rate for the century from non-cancer causes was 14% lower (P<0.001) than that of the controls. Their death rate from all causes was 8% lower (P<0.01). Thus, is moderate radiation exposure harmful?
The healthiest British radiologists were those who joined a radiological society between 1955-1979. Their death rate from cancer was 29% lower (not significant); from non-cancer was 36% lower (p<0.001) and from all causes was 32% lower (p<0.001) than the controls. Their longevity would be about 3 years longer than the controls. The chance of this greater longevity being accidental is less than one in 1,000.

In my opinion, the best epidemiological study of radiation workers ever done is the DOE supported U.S. nuclear shipyard worker study (1980-1988). (7) The 28,000 nuclear shipyard workers with the largest cumulative doses had a death rate from all causes 24% lower (p<10-16) than that of 32,000 age-matched and job-matched unexposed shipyard workers. No other study of radiation workers had the important advantage of having job-matched controls. The details of this important study have still not been published. The DOE news release about the study did not mention that the deaths from all causes of the nuclear workers were 16 standard deviations lower than the controls. (8) It does not seem realistic to me to suggest that this great health improvement can be explained by selection bias as suggested in a recent report. (9)

In summary, I believe that longevity is a better measure than cancer mortality of the health effects of radiation. The above data strongly support this belief. Is a low level of radiation therefore potentially beneficial, rather than harmful?

April 10, 2003 Dr. Anthony Proto, Editor of the Am. J. of Radiology informed the author this article would be published in a future issue of RADIOLOGY

(Click here to view Powerpoint slides of the talk to the FL HPS chapter on 4/17/03 in St. Augustine Florida)